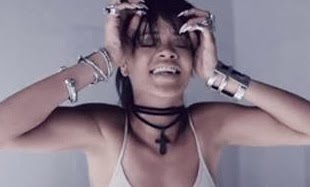 Fast rising producer Parker Ighile who was notjustok Hype in September of 2012 produced What Now by Rihanna which is the last official single off her Unapologeticalbum.

As you know, Parker Ighile, a British born Nigerian,  is also an Artist currently signed to Nicki Minaj and managed by music strategist Efe Ogbeni. Landing production/writer credit on an official single from one of the biggest acts in the world is a massive deal.
Make sure you look out for Parker’s new single titled Remember Me which should be out shortly.
We normally would post a Rihanna video on the site, but this here is a solid look for Nigeria/Africa in the American music industry; let’s hope we see more Nigerian producers/writers in this space in the near future.