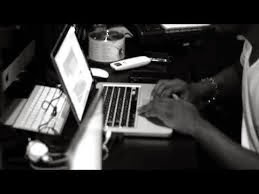 Episode 2 of Maleek Berry‘s “Berry Room” vlog series sees the Starboy producer hanging with the crew behind the scenes at the Caro video shoot as well as Wizkid’s sold-out show in Amsterdam a few months ago. We’re told to expect new content real soon. I hear there’s a Wizkid/Starboy Concert holding sometime before the end of the year. If true, we’ll bring you guys more info on that in a bit.