(VIDEO) : “I Didn’t Have A Contract With Mavin Records” – Wande Coal 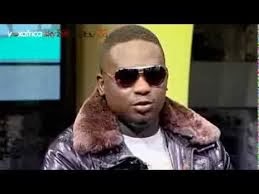 “Wande Coal is currently in the UK to headline Gtbank’s Gtcre8 event at the Indigo2 on November 15 2013. He stopped on Vox Africa UK’s ”Live at Battersea” with Adesope and he spoke on his release from Mavin records and his famour twitter fall out with his former label boss Don Jazzy.
Watch Black Diamonds Wande Coal claim not to have ever signed a contract with Don Jazzy right here on Vox Africa UK.
DOWNLOAD VIDEO
Follow @Mp3bulletTweet