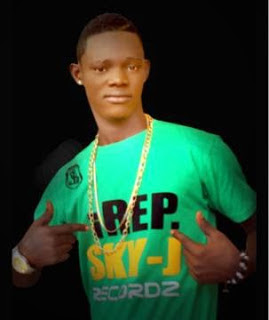 He started Music right from when he was still a kid but officially in
2008.his first tracks then were “Ileke ‘Di” and “My Birthday”.Ileke’di
enjoyed airplay on Star F.m and some few Radio stations then in 2009.Later
in 2010 he also did a track titled “D way things go(Tribute&Beef)” A
tribute track for the late Dagrin and also a Beef track to address some
artiste who are sounding wacky. it also enjoyed air play on the radio.Now
his latest Hot Single “Booda-Ode” is now enjoying a massive airplay in all
T.v stations both Local and on Cable station and on radio also.GG Fabulous
had a follow up Single titled “Flabuche” which will be dropping soon in
next month,August 2013.The “Flabuche” Song is also a party track,So Watch
out.
DOWNLOAD AUDIO
DOWNLOAD VIDEO