Spicey – Aha | All For You @Spiceychisquare 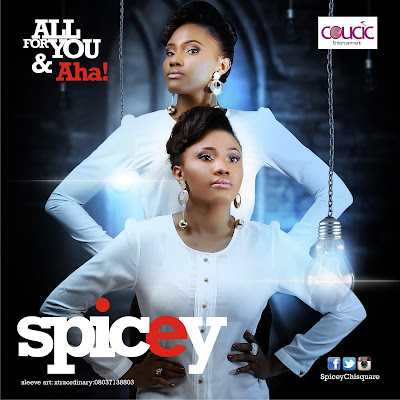 Stunning AfroPop/RnB twin – Spicey make a debut with two infectious best described as straight-from-the-heart soothing offerings. Their debut has been long anticipated, Following their endeavour as showbiz impresarios working closely with some of the biggest Nigerian acts.
Spicey definitely makes it two for two on hit records with these Wizboyy and Del B-produced guaranteed RnB anthem “All of You” and “Aha”. Both Laced with lush synth arrangements, exciting drum patterns and effortlessly soothing harmonies.
“All for you” is a resounding anthem which sees the Twin in especially glorious form as they sing about falling hard in love. Bringing sultry and superb vocals and songwriting skills to the forefront to combine with DelB’s impeccable musical backdrop. “Aha” is a pop number slightly Highlife tinged that will have you hooked, dancing and singing along to the new soundtrack for the rest of 2013.
Aha
DOWNLOAD
All For You
DOWNLOAD