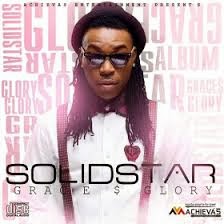 Off Solidstar’s “Grace & Glory” album that is due to be released nationwide on the 1st of October comes this street banger titled “Shepe” which features Olamide.
We will be releasing a few singles from the album. Solidstar’s album is definitely the afropop album of the year… I have listened to it and its a must have…. Good music!
Listen to the snippet of the “Shepe” and anticipate the album.