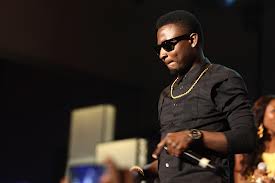 SHAYDEE is a natural talent. Driven by influences from R Kelly and the likes, he has been able to create his own easily recognisable style of R&B with his sensational voice. He’s currently signed to record label Cackland Music.

Born Shadrach Adeboye in Kano, Shaydee began his singing career from the church choir at 15. He went on to become a songwriter and producer for a while before going professional with his music in 2005. Sealing a record deal with Cackland Music in Lagos, he is set to take on the world with his sensational and energetic style of R&B.

Shaydee was recently featured on the EME Empire State of Mind album, alongside some of Nigeria’s leading acts Banky W, Wizkid and Skales