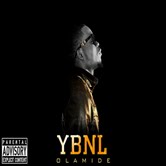 Olamide is a Nigerian rapper. He is known for his versatile rap style, free spirited delivery and creative lyrical ability.
Olamide fell in love with Rap music early in his primary school days.Soon, he discovered he also had the talent to Rap and began to nurture the talent from the year 2000.He got his break after the release of the monster hit single Eni Duro in 2010 and ever since, it’s been a success story all the way He is something new from Him Titled ‘Confession Aiye’…download and share your thought