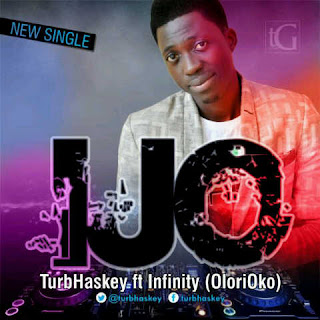 Tunde Timmy Toba popularly known as TurbHaskey is a Gospel Hip Hop and
Inspirational Singer based in Lagos state, Nigeria. Turbhaskey hails
from Osun state, Modakeke to be precise and is a graduate of Federal
University of Technology 2009/2010.

He Released his first Debut ’11 tracked’ Album in April 2012 Titled,
‘Eru o Bami’ (meaning ‘I’m not afraid’) involving series of
collaborations with series of top African artistes like (Tosinbee,
DavisKinG ) and the album received a lot of positive reviews  from
music fans and the press likewise.

Nigerian Rapper, A-Q is leaving his position at Chocolate City Music to set up a music incubator for African artistes this November. A-Q has signed...
Read more

Nigerian superstar and DMW boss, Davido saw his album, A Better Time debut at No. 170 on the Billboard 200 in the week of...
Read more