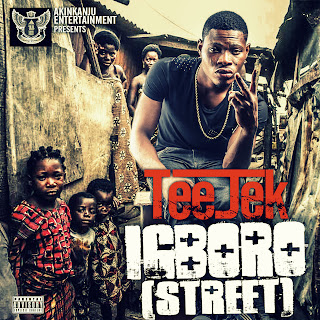 Teejek is one of the leading upcoming artistes of the generation that emerged in the streets of Lagos, via the wake of the influence of many artistes.Teejek studied with Jay chords, babs , super
nath and other producer in the studio class in the late 2000s. refining his own concept that emerged through is focus on  music .started writing songs working along fellow upcoming artiste like him.
His new single titled IGBORO (STREET) in 2013,the hit single title IGBORO (STREET) is a typical example of what TeeJek is capable of. He is currently signed to AKINKANJU ENTERTAINTERMENT (AUE).  Teejek is also working on his project with various artistes on it coming out soon .TEEJEK is also known as S>T>B    meaning SWAG TO BAD
DOWNLOAD