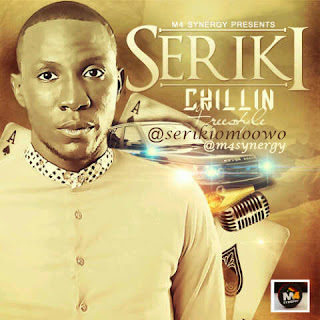 Seriki Omo Owo … The Small Jagaban himself decided to give something to the fans after many tweets and calls from a number of his fans clamoring and yearning for more of his works. He jumped on a Snoop Dog’s beat and decided to give his fan a feel of what to expect from his December single.
DOWNLOAD
To my fans “After the Etisalat CliqFest Tour, Seriki has been on Club Tour with Barcadi Martini for the Barcadi 150th Anniversary and he’s also on the MTN Loud in Naija Concert Tour. Its been a busy last quarter of the year from one show to another and its about to get busier. I plead with you all to give me more time for the album as alot of works are being put into getting it right. I would like to say a big thank you to everyone who have been supporting me from day 1. The Blogs, Radio, TV Stations and above all to all my fans my; street goons ; awon temi. Thanks to you all for believing in ME. Your heads are available (Ori yin wa nle o de tun wa mbe ) … God bless …