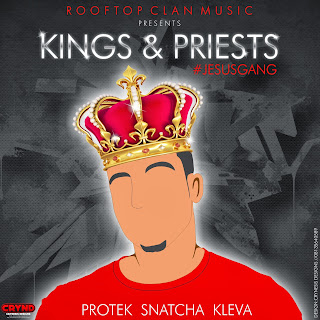 “The duo of Rooftop MCs (Snatcha and Sokleva) Had earlier announced on September 16 via twitter that they were starting a Rap Collective known asROOFTOP CLAN.
Made up of Protek (You may remember him from the track Oga Dj featuring Maytronomy), Snatcha and Sokleva, the trio present to you their first single SUPER-HERO LOMO from their compilation Album, KINGS AND PRIESTS. The track is produced by Okey Sokay who is the official producer for the clan and no new comer to crafting Hits.
The track speaks to everyone who inspite of the odds and obstacles keeps pressing on towards a better tomorrow saying that such people are the real Super-Heroes or as the streets would say SUPER-HERO LOMO. This track is sure to be on heavy rotation on radio stations and playlists across the continent.”