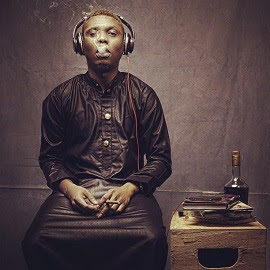 Reminisce aka Alaga Ibile is back with something new, this right here is an unofficial single that won’t be on his soon to be released album “Alaga Ibile”. The track is titled “Agidigbo” and it’s produced by Jospo.

After the release of two tracks off his sophomore album, Reminisce has decided to wet the appetite of his teaming fans, with this highlife/Juju song that will definitely bring memories of the 70’s Yoruba classical tunes.

Agidigbo is a feel good song, with a soothing beat to get people in the “owanbe” mood. He also gives a deserved shout out to his fans, bloggers, media & print, Dj’s etc, on the song.