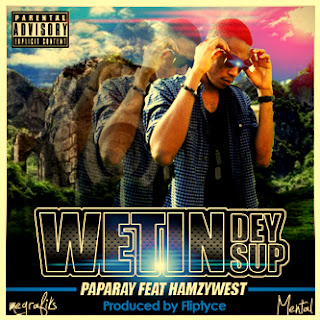 PapaRay is a young talented rapper, singer, and also a producer who has been on a low key for the past two years to put more into is educational status after dropping his debut single titled “ONI WERE” which actually got him more awareness and love from people. The 19year old entertainer is back with another hit single titled “Wetin Dey Sup” which was actually produced by “Fliptyce of So fly Music” who has produced great hits and clubbangers both international and local, he is the one behind P-square’s Chop My Money, MayD’s Ile Ijo, Ligali by DammyKrane and many more. So you just have to believe me when i tell you that “WETIN DEY SUP” by PapaRay is a hit that will shake the nation. Enjoy a great hit by PapaRay….

Nigerian Female Disc Jockey, DJ Cuppy got her wishes granted a few days after she requested an iPhone 12 as a late birthday gift. On...
Read more

Ghanaian dancehall sensation, Larruso is back with the remix to his trending project, “Gi Dem”. On Gi Dem Remix, Larruso calls on the Ghanaian singer,...
Read more