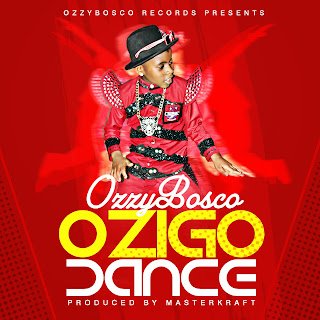 Indeed it’s HOT! HOT!! HOT!!! Kid sensation and multiple award winning star kid “OzzyBosco” has released yet another mind blowing single.
Following the success of his previous single TININI featuring Olamide and its musical video, the 2013 NMVA Award nominee “OzzyBosco” has teamed up with star producer Masterkraft to give us another flamboyant dance song called OZINGO DANCE.
This is the 3rd single from the acclaimed Youngest African Superstar in 2013 and the 5th release overall from the forthcoming SUPERSTAR album in 2014.
The other singles include Superstar featuring Lamboginny, Sweet Mama featuring Flavour and Let Peace Reignfeaturing Terry G, a song dedicated for all Nigerians during the Independence Day.
Get down to this and also be on the lookout for the OzzyBosco Wonderkid cartoon as it debut on your favourite TV stations very soon.

Alicia Keys lends her voice in support of #EndSars

American singer and songwriter, Alicia Keys has lent her voice in support of the #EndSARS protest against police brutality and harassment in Nigeria. This is...
Read more

As Nigerians come to terms with the events that followed the Nationwide #EndSars Protests which Davido has been actively involved in, the FEM singer has...
Read more

Master KG is finally out with the “Jerusalema Remix Video” feat. Burna Boy, Nomcebo Zikode. After much acceptance of the remix to Master KG's song...
Read more

In the month of August, Burna Boy finally dropped his fifth body of Work, "Twice as Tall". The album was highly anticipated as his...
Read more

Omah Lay laments of having nightmares since the Lekki Tollgate shooting