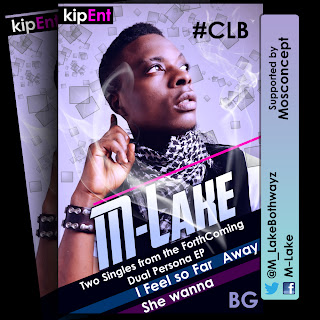 M-lake Has proved to be Loving what he does by consistently bringing to us Good Music,Early this Year (2013) he Released  “We Could go low” a freestyle which he claimed was a Vocal exercise for his ForthComing singles…
Right Now the singles are here “She Wanna” and “I feel so far away” which he said are singles off his ForthComing EP Titled “DUAL PERSONA , Dat would be Released Later this Year and would be Distributed Online (Blogs , Social Media, and on Itunes),The EP would be consisting of Good Previous Singles dat didn’t get the Attention they Deserve and Hot New Ones too. Enjoy the Singles.


DOWNLOAD I feel so Far Away (remix) Ft. Yozo