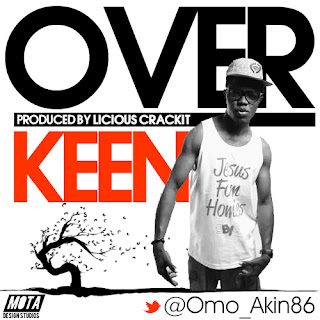 Born Akinyemi Oluwaseyi Mathew in Opebi Ikeja, Lagos State South Western Nigeria as the second of four kids, Keen is known in the music circles for his strong /unique voice and rich/inspirational driven content, a combination that stands him out especially in these contemporary times when the cry for the return of sensible content is loudest.
From humble and early beginnings at the age of ten when he started playing the drums in church to joining the group GVS at the age of 17, Keen has never failed to show his distinct abilities. Keen was instrumental in the group’s exploits including working with his uncle ID Cabasa who is regarded as the man behind the emergence of the MTV Base award winner, 9ce and other big brands in the Nigerian music industry. They also collaborated with Weird MC amongst other notable exploits.
Down the line in 2011, the young gifted lad went solo and quickly became a big revelation. On his first official single titled “Over”, He worked with a skilled young producer by the name Licious Crackit and made “Over” a hit. Successes have been recorded for this young lad, but the hustle to mainstream wasn’t over. In the midst of challenges, Keen was not perturbed as he kept on building and working regardless. Within that period he made inspiring strides in his walk to his dreams, recording backup vocals for the likes of the late Pop crooner, GOLDIE HARVEY and many others. At every point in time, Keen kept his focus, steady rolling to the peak of his professional music career.
From 2011 through the wires and fires, Keen has turned out like wine getting better with time. The industry has also grown, setting the stage for reel talents and musicians to take over and clean out the last traces of mediocrity. With a takeover mind set, he is set to make another musical statement to usher in his commercial career. Drawing inspirations from God and nature, Keen is the next big story on the cover pages.
Enjoy his brand New Single
@Omo_Akin86
DOWNLOAD