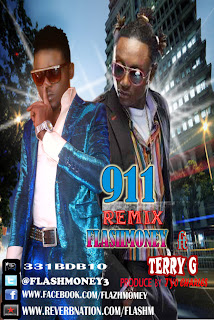 flashmoneyFlash Money is a young energetic music artiste and
performer with a great personality. his passion for music erupted at
the age of 9 and his zeal led him to learn how to play the keyboard at
the age of 16, after which he decided to take up music as a
professional career at the age 18.. He recorded his first single in
2009 titled ‘Hot Party’ and followed it up wit a ten track demo album
of d same title after which he
went underground to perfect his skills while studying Mechanical
Engineering in Madonna University Elele campus.. He is set to return
with a bang after the release of his hot new singles ’911′ & ‘My Boo’
early this year.. His debut album is due sometime next year… Flash
Money is an Act to watch out for indeed…download this sizzling single
which features the akpako master himself´TERRYGZUZ´,PLAy listen and
share your thought.