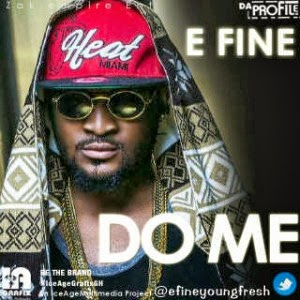 Ifeanyi Charles Bosahwas born in Lagos Nigeria on October 21st, 1988, he is known in the showbiz circle as E-Fine. Growing up, E-Fine lived with his mother and harnessed his musical talent in High School. Most fans are yet to know that the Extremely Fine boy is also vast in comedy and can make any one laugh uncontrollably.

Finishing Senior High School, E-Fine arrived in Ghana in 2009 purposefully to attend university, but ended up taking to his musical passion. E-Fine’s initial discovery in music was in his church choir back in Lagos where he started drumming and later took to singing. While in University, E-Fine recorded a number of underground mix tapes which became very popular.

Fortunately for E-Fine, he’s rapidly growing fan base are looking foward to continous hits from the star in the making, he is currently being managed by Music House Records which will release his hit singes Stamina, Bubble up and other fresh tracks in Nigeria and other African countries