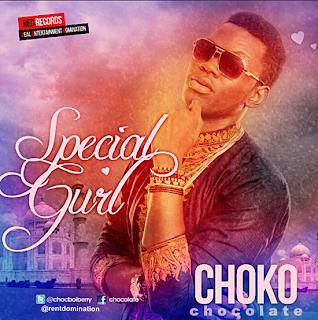 Choko is a super talented teenage rap sensation signed onto RED (Real Entertainment Domination) whose undoubted ability to deliver crisp verses on dancehall instrumentals would leave you thinking he is the south-south’s response to Ice Prince as he was crowned the Rap King of the south-south. His ability to deliver knockout punches without writing earned him a place as one of the best acts to graze Creative Nigerian TV’s Mic-Busta stage.
Special Girl which features vocals from Super-producer ‘Otyno’ who also produced it is a masterly done Rap/Sung dancehall collabo which has a hook that gets stuck in your head.