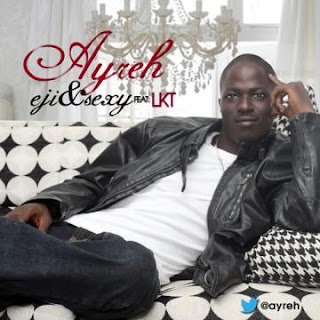 With a passion to continually make music with meaning and stir up a revolution in the Nigerian music industry,After pursuing a degree in computer science, Ayreh moved to re-engineer his music career with various performances at clubs,shows and parties.In 2008,Ayreh also featured in various NGO campaigns for the prevention of HIV/AIDS in africa such as (NigeriaHivinfo.com) with a theme song titled ‘Learn to live right’.
With a deep foresight to develop and promote my genre of music (Afrobeats,hiphop and R&B),Ayreh has a goal to establish his brand name in the regional and international market.
In 2009,Ayreh featured in a song by May7ven (a U.K based female artiste) titled ‘Bo aso lara mi’ which made waves across the nation. Shortly after the collaboration, Ayreh had the opportunity to perform alongside May7ven,Basketmouth,DJ Jimmy Jatt, P-Square,9ice,Mode 9 and a whole lot more at the Glo Rock n Rule Tour in 2009, this gave Ayreh a wide exposure on stage and concert performances.
Ayreh kept his passion alive and recently towards the last quarter of 2012,a 4 track debut promo CD was released as a promotional effort to strengthen his music career with smashing hits like ‘Omidan by Ayreh feat D-Gates’ and ‘Tara Tara by Ayreh’.Produced by Prodo and mixed at Worldwide Studios, a Music/radio production studio with C.E.O as Chief Segun Odegbami a.k.a Big Seg (Mathematical).
In January 2013,Ayreh released the Hot new video Tara-Tara Directed by Justin Edet Exposures.
What more can i say,I find humor in everything good ;I try to make the best out of any situation I may find myself but most importantly MAKE MUSIC with MEANING “M3”.
After several recording in the studio. AYREH is set to storm the music industry with these two smashing singles.
SEXY FT. LKT
DOWNLOAD
EJI
DOWNLOAD