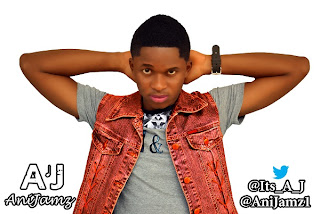 Ani Double James popularly know as A’J (AniJamz) is a New Kid in the block who is steadily rising up from the underground scene to the forefront of the Nigerian Music Industry. Having his eyes set for success, he starts his music journey with 2 songs that are welcomed and are spreading like wild fire; TOTORI featuring Lybra and also WANTTO PLAYME. Download this 2 Hot Songs Below and Watch Out for his next entry which he will be featuring ClassiQ of Finesse Entertainments.

TOTORI
It’s the first of Anijamz’s songs, a love song he wrote way back in his Secondary School. It’s a Love Song in which he tries to woo an Imaginary Girl. He uses a unique style in writing the song so as to make the song real danceable. He features Lybra, another Dance Hall maestro from the South who drops Verse 2 and the Chorus. The beat was made by his personal producer Otyno.
DOWNLOAD 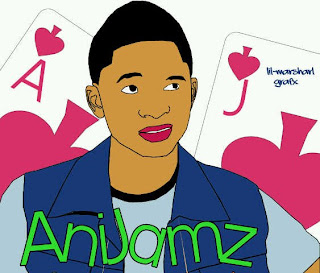 WANTTO PLAYME
With the intention of making a song that can get everybody up and dancing, A’J got a nice tune and took off to the studio and made this song. It’s a Party and Club Jam. He sings about an Imaginary Girl she so much loves but who is not loving him back in return and takes him for granted. This made him ask her whether she wants to play him and he also stated some facts why She should not take him for granted. The Song was also produced by his personal producer Otyno.
DOWNLOAD WantTo_PlayMe
It’s A J (AniJamz)
TWITTER: