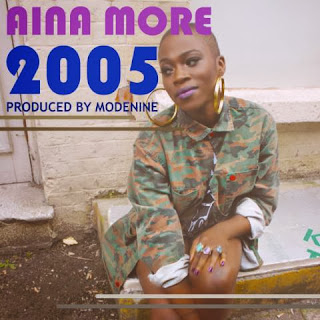 Introducing 2005, the single taken from the Asphyxiation Project produced by legendary rapper Modenine. Modenine completed production of 2005 back in 2005 after returning from travels, but became re-united with his production skills whilst working in the studio with Female rapper Aina More.
2005 is a single taken from the 7-track Asphyxiation project, which is entirely produced by Modenine himself, presenting the Rap female Aina More, who delivers throughout the project.
Modenine spotted Aina More while she was Freestyling at Soundcity’s Lyricist Lounge earlier this year. He commented that 2005 is just the beginning – the Asphyxiation project is dope from beginning to end.
It is evident Ms.More has been working! She’s released Mixtapes, Freestyles & singles independently. I think it’s fair to say the industry needs to watch OUT for her!
The Video for 2005 will be out this week, soon followed by the release of the Asphyxiation project.
Excited? You should be!