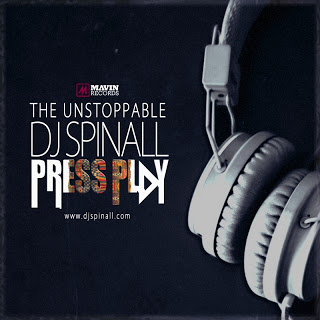 DJ Spinall is set to release his first mix tape under the Mavin Records banner. The Mavin Records official DJ is fresh from a 7 country European tour and the huge reception he received has quickened his desire to release the mix tape.

Titled, Press Play, the 32-track mix tape is a compilation of some of the hottest tracks on the Nigerian, Ghanaian and South African airwaves at the moment. The compilation is mixed and intricately stitched together with the inimitable style of Africa’s premier DJ.


DJ Spinall, also known as The Cap for his distinctive traditional ‘fila’, joined Mavin as its official DJ earlier this year. The talented spinner has worked in a variety of countries over the last decade after a career that began in radio.

Press Play follows on the success of the last year’s Genesis mixtape and the 2012 Party Mix compilation which was in collaboration with the UK’s Promoter Smade.

The world has sat up to notice of the high flyer and he is nominated in 2 categories as Best African Club DJ and Best Band Artist DJ In The African Global Awards , holding in Sandton, South Africa on May 4th.
Please Cast Your Votes At www.agda.co.za for the unstoppable DJ Spinall

Please Cast Your Votes At www.agda.co.za for the unstoppable DJ Spinall

Laycon joins forces with Deshinor to dish out the 'Hip Hop Video'. 2020 BBNaija reality star and winner Laycon has officially released the visuals for...
Read more