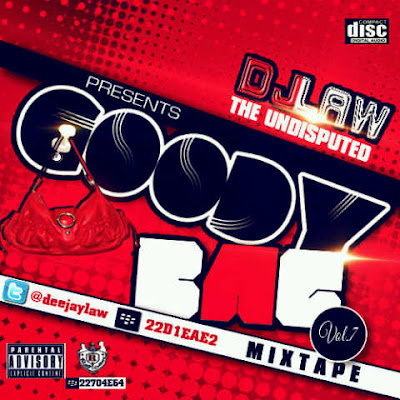 Deejay Law (The Undisputed) is back again with his new mix after his last called Voice Of The Street Mixtape Vol. 6 was massively welcomed Online and on the streets of Port Harcourt and neighboring States.  This world class mix which features trending dance-hall music from maestros like Olamide,  Sean Tizzle, Solidstar and many others is called GOODY BAG MIX.The mix also hosts the yet to be released Official Remix of WantTo PlayMe by Anijamz featuringKay Dizzle making him the first Deejay to circulate the much awaited song. As you expect to get the Hard Copies from the Streets soon, be the first to have a thirst of this. Download and Enjoy the Mix and don’t forget to Share. Check Out the Track listings below:::

How Wizkid collaborates with female singers in Nigeria to support them

Blaqbonez unveils the tracklist for his forthcoming album