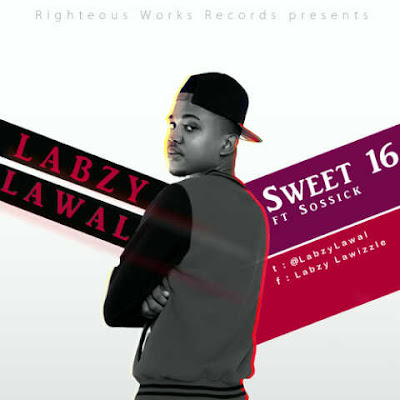 “Labzy Is Back!!!! Now under the stables of Righteous Works Records [his new self owned label], Labzy Lawal is set to take the industry by storm with his scintillating lyrics, charisma and flow. He presents three new singles – Sweet 16 , Carry Last and Getting My P.

Sweet 16, produced by and featuring the super producer Sossick on the hook, has Labzy dropping suave bars on a heavy beat. On a ragga flavoured Carry Last produced by Emmashyne, Labzy sets off fireworks with his infectious hook and lyrics. Getting My P, boasts of another classic hip hop beat produced by Sossick, with Labzy gong bonkers on it. Listen up to these heavy joints!”