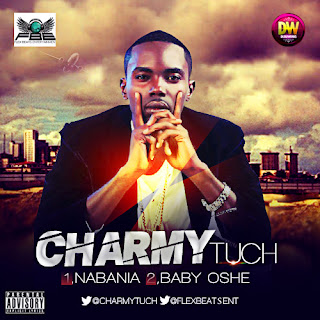 Remember Charmy Tuch from the popular ‘Birthday Song’ and now he returns with two fresh and hot singles. ‘Nabania’ and ‘Baby Oshe’ are destined to find their way to the top of the charts and rule the airwaves and are the latest offering from the entertainer popularly called Charming Michael Jackson. His camp decided to release these singles due to the massive positive feedback the Clarence Peters directed video for ‘Birthday Song’ received , which by the way has over 600,000 views on Youtube.
Aimed at taking Charmy’s career to the next level, listen, enjoy and share these musical delight.