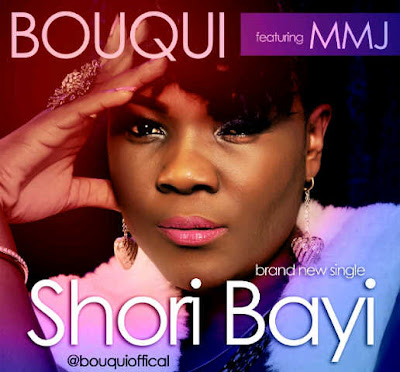 Finest Gospel hip hop music star in Africa, “BOUQUI” is on the move again! With her new double CD album “Marks Of A General and Eve Of Independence” set to hit the market in no time from now, here is another banging single off the huge package titled SHORI BAYI (Hope You See Now) featuring Mix Master J (BOUQUI’s elder brother).

The video for the song could usher in the album and with a possible South Africa/UK album Launch Party in the last quarter of the year after the Nigeria official release party.

On the other hand, the multiple awards winning Rap-Vangelist diva, BOUQUI has also embarked on a fresh tour of the United States Of America themed “MARKS OF A GENERAL USA SUMMER TOUR”.

BOUQUI having scored a mouth watering international deal with XIST MUSIC USA to set up XIST AFRICA and also releasing the biggest Gospel hip hop collaboration ever in Africa with D.A TRUTH has continued in same spirit to extend the ministrations to the United States of America for the umpteenth time with a tour across 8 states of the country to promote the forthcoming album.

The tour which kicked off on the 22nd of July will last six weeks till September 8th and will see BOUQUI performing tracks from the new double CD album live in Texas, Chicago, Brooklyn NYC, Baltimore, Laurel, Carson California, ,Schaumburg, Gaithersburg, Washington DC and Atlanta.

BOUQUI who recently nick the award for the best Gospel collaboration for the year 2013 at the Crystal Award has also been nominated for the best Gospel act in the forthcoming NEA Award in New York, USA http://bit.ly/nea-12
For the tour, more states and cities would be announce later. Follow @bouquiofficial @mrmixmasterj and @grugged for updates.