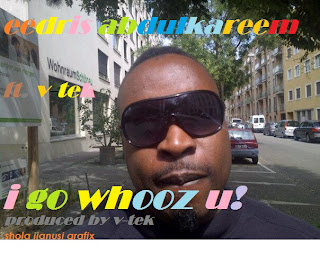 As you’ll see in this video/song. Eedris Abdulkareem intends to bring back what the Rap game is known for, or rather what it should be right now, a bit controversial but exciting. The track is titled “I go whooz you’ featuring upcoming Producer/Singer/Rapper V-Tek. A typical example of the wacka wiki mcs only at the end of the 2nd verse on this; Eedris gives kudos to some rappers in the game ranging from Zaaki, Junior Pretty, Weird Mc,Dr Fresh, 6FootPlus, J-Gangster, Ruff Rugged and Raw, Vector, MI, Raw, Ill Bliss, Terry Da Rap Man, Eldee the don, Ice Prince etc.
Video Directed by Krystal Sabre
Song Produced by V-Tek
DOWNLOAD AUDIO
DOWNLOAD VIDEO