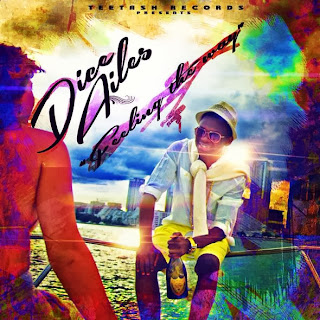 Nigerian-Canadian artist, Dice Ailes returns with the new & highly anticipated video for his previously released single “Feeling The Way”. The single has indeed been a blessing to his growing music career having earned Dice three nominations at the 2013 African Entertainment Awards (Canada) and has also been a main attraction for show promoters as well as music listeners nation-wide. This video features cameo from Nollywood heavyweight Mike Ezuruonye and was shot at a beach location in Toronto, Canada with a stunning cruise scenery. Since the single dropped, Dice has opened for A-list artists including Wizkid, P-Square, Iyanya, and Bracket. He has also successfully released audios and visuals for other singles including Versace, One Mic Remix, and Yemisi which is currently doing well in the Nigerian Airwaves (STV, Rythm FM, Beat FM etc). Dice is definitely the new kid on the block. So be on the look out for another amazing video which is set to be shot this October.

(VIDEO) : A Chinese girl has been arrested after forcing her boyfriend to kneel in the street and repeatedly slapping him around the face

Luke Shaw issues a caution to Kylian Mbappe before…

Cesar Azpilicueta talks about his aborted move to Barcelona.