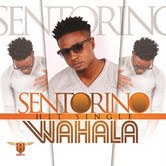 Over the past few years, SENTORINO has been one of the most exciting new voices in Afro hip-hop. He’s delivered a stream of dynamite songs, and generally displayed a swagger, unpredictability, and ferocity not heard from an Artist in years. Little of that, however, is on his long-awaited debut album, TAKE OVER.

Born Tosin Akinola AKA Sentorino on November 27, 1989, in Lagos, Nigeria, graduated from University of Lagos with bachelor degree in banking and finance in 2011. Sentorino signed to fledgling hip-hop label Audacyti Entertainment in 2012, Which immediately released a hit single titled “Give it to me as is hot” This became a top summer 2012 banger, this hit single  was played as the back ground song for the WIZ KID tour in USA 2012 in NYC. After Sentorino has captured the public’s eye with his first Hit Song “Give it to me as is hot” soon after he came out with another hit song “Wahala” which was a bit of a hybrid techno sound that is not very common in the African music scene and plus another hit song called African woman, this songs later became one of music’s top-selling songs, which made him an artist with sold-out tours and a slew of awards

Sentorino turned a lot of heads by coming out of the gate as a supremely confident, powerful Artist in any one of the many guises he has chosen to inhabit. He’s been most often bracketed with Chris brown and Wiz Kid, but those comparisons are more about music style and rising popularity. Also, he is known as a ladies’ man due to his outstanding good looks. He displays a wide range of talents, stuffing his verses with complex internal rhymes, agile shifts in character and voice, and twisted, offbeat wordplay.